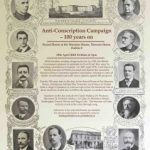 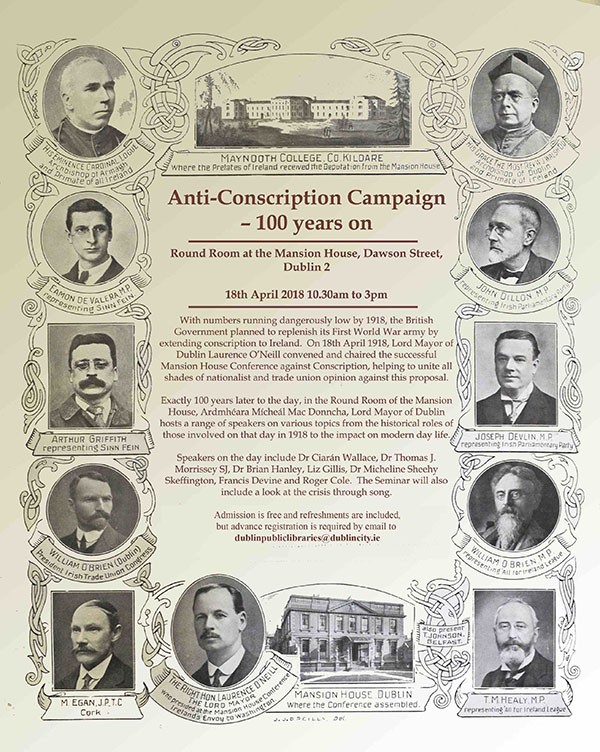 On Wednesday 18 April, 2018 Dublin City Council hosted a one-day conference to mark the Mansion House Conference against conscription which was convened and chaired by Lord Mayor Laurence O’Neill on 18 April 1918 at Dublin’s Mansion House. Conscription into the British armed forces had not been extended to Ireland during the First World War, and Irish nationalist representatives who supported the British war effort stressed that the key condition of such support was the non-imposition of conscription in Ireland. However, in Spring 1918 successful German offensives on the Western Front forced the British government to draw up plans to impose conscription in Ireland in order to replenish its armed forces. The successful and co-ordinated political opposition to this move is seen as a crucial milestone in securing support for the separatist republican cause in Ireland in the months prior to the end of the war and the December 1918 election.

From Century Ireland: How Ireland was lost in the 1918 conscription crisis.

Please let me know if you have any questions.