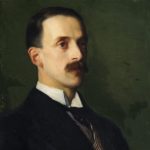 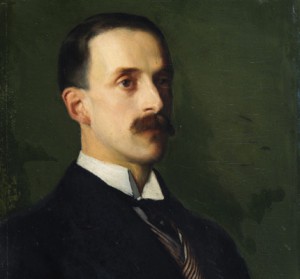 On Saturday 17 October 2015 a new exhibition entitled ‘Sir Hugh Lane (1875-1915): a centenary perspective’ opened at the National Gallery of Ireland, Dublin 2. It has been curated to mark the centenary of Lane’s death on the Lusitania in May 1915. The exhibition aims to give a more rounded view of Lane’s life and personality, his relationship with the literary world of his aunt, Lady Augusta Gregory, and his friendship with the artist Sarah Cecilia Harrison. It also shows the impact he continues to have on acquisitions by the National Gallery of Ireland.  Sir Hugh Lane organised Old Master and contemporary Irish exhibitions, famously opened the first Municipal Gallery of Modern Art and gained portrait commissions for John Butler Yeats, William Orpen and Antonio Mancini. He supported the architect Edwin Lutyens and, as Honorary Director of the Johannesburg Art Gallery, assembled the ‘Michaelis Collection’ of Dutch Masters. From 1904 he was a Governor and Guardian of the National Gallery of Ireland, being knighted in 1909 for services to art and appointed being director in 1914. In his lifetime he presented twenty-four paintings. The Lane Bequest of forty-one outstanding Old Masters and British 18th century portraits, plus bronze sculptures, was a literal snapshot of what he owned at the time in Lindsey House, Chelsea. A further surprise is how many significant works, from across the spectrum of European and Irish art, have been acquired since with the Lane Fund. Until the late 1950s, this matched or exceeded the public funds available and is still active today.

The exhibition runs until 17 January 2016: click here for more details.

From Century Ireland: The story of Sir Hugh Lane and the sinking of the Lusitania.