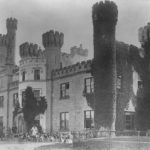 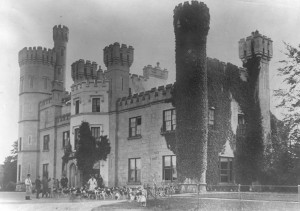 On Tuesday 17 November a History Ireland Hedge School debate took place in the Mechanics Institute, Middle St, Galway, entitled ‘A strange kind of glory’: the Easter Rising in Galway and its context’. Over six hundred Galway men and women mobilized during the rebellion Easter 1916, the most significant mobilization outside Dublin that week. The debate addressed these events and was chaired by History Ireland editor Tommy Graham. The panelists were Úna Newell (UCD), Jackie Uí Chionna (NUIG), Conor McNamara (NUIG), and John Cunningham (NUIG). This event formed part of  NUI Galway’s ‘Éire á Múscailt/A Nation Rising’ programme to mark the centenary of the Easter Rising.

Listen to the Hedge School in full here.

From History Ireland: Conor McNamara on ‘The most shoneen town in Ireland’: Galway in 1916.