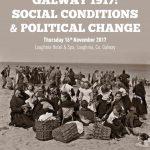 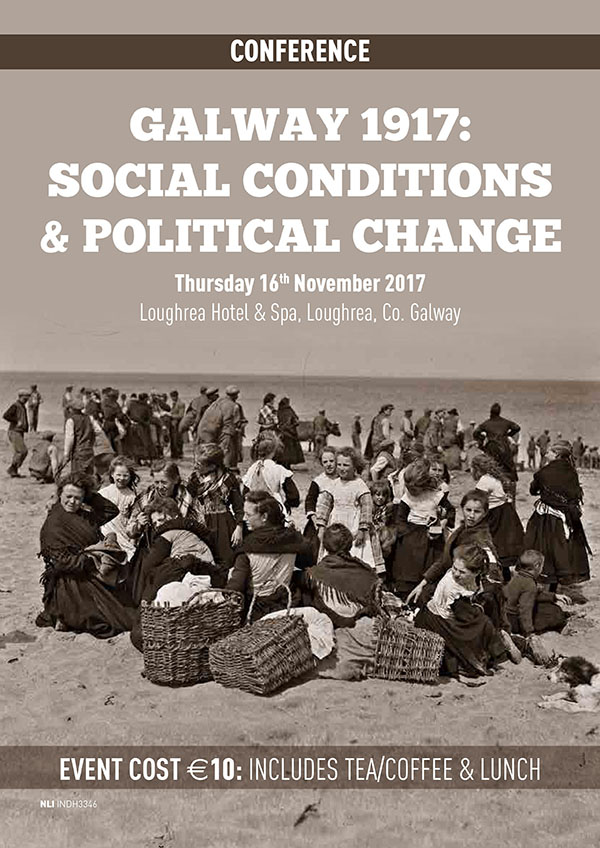 On Thursday 16 October a conference on ‘Galway 1917: Social conditions and political change’ took place in Lough Rea Hotel & Spa, Loughrea, Co. Galway. This will explore social life and condition in Co. Galway in 1917, in the aftermath of the Easter Rising and against the backdrop of the First World War. Speakers included John Cunningham (NUIG), Jim Herlihy (Garda Historical Society), Joe Loughnane (Loughrea Memorial Group), Patria McWalter (Galway County Council) and Conor McNamara (NUIG). There was also be an exhibition on display relating to the Connaught Rangers who were killed in 1917 in France and Flanders.

This conference was organised by Loughrea Memorial Group in partnership with Galway County Council under the auspices of their Decade of Commemoration strategy 2013-2023.  Learn more about the full programme.