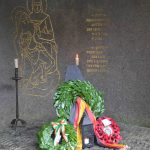 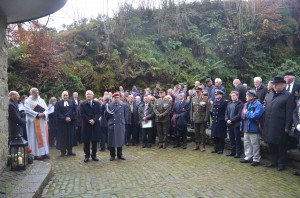 On Sunday 16 November German Remembrance Day was marked at a ceremony in Glencree, Co. Wicklow. Germany observes this day of remembrance every year in honour of all victims of the two World Wars.

At 12 noon on Sunday 16 November an ecumenical service was held at St. Kevin’s Chapel by Father Damian MacNeice, (master of ceremonies to the Archbishop of Dublin), Pastor Martin Wielepp of the Lutheran Church in Ireland, and Mr John Welsby of the parish council of the joint parishes of Enniskerry, Glencree, Curtlestown and Kilmacanogue). It also involved the Goethe-Institut Choir Dublin (conducted by John Dexter) and students of Curtlestown National School and St. Kilian’s German School Dublin.

At 1.15 pm, Ambassador Matthias Höpfner of the Federal Republic of Germany gave a commemorative address and laid a wreath at the German military cemetery in Glencree. While the majority of the 134 members of the German armed forces died in the Second World War, the cemetery contains the bodies of six German soldiers from the First World War who died in captivity in Ireland. Click here for full details of the 2014 ceremony at Glencree. 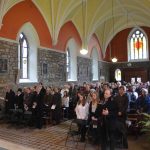 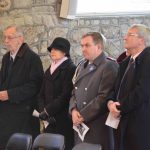 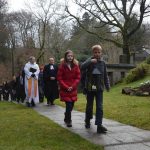 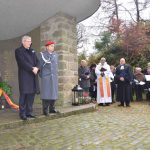 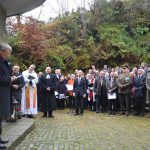 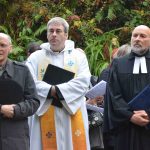 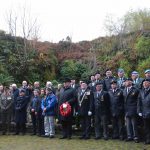 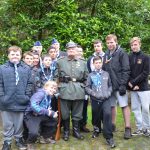 From Century Ireland: Roger Casement in Berlin for talks, November 1914. Learn more about the German military cemetery in Glencree, and about German losses in the First World War, from the International encyclopedia of the First World War.