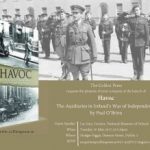 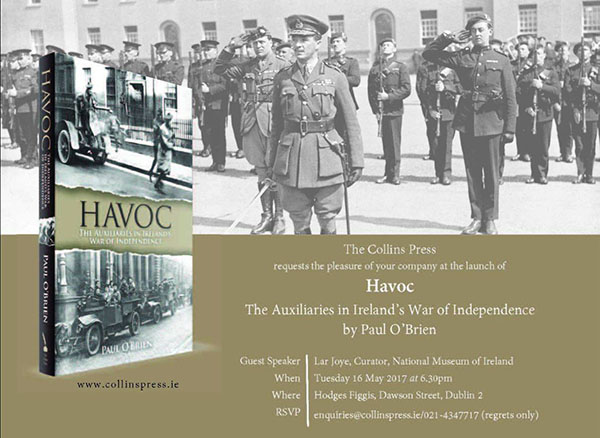 On Tuesday 16 May The Collins Press presented the launch of Paul O’Brien’s Havoc: the Auxiliaries in Ireland’s War of Independence. This is a study of the Auxiliary Division, the cadet corp formed by the British Government in 1920 as a paramilitary police force intended to bolster the depleted RIC in the face of the threat posed to British rule by the emerging IRA; composed largely of military veterans, the force acquired a reputation for brutality and attacks on civilians.

From the International Encylopedia of the First World War: Black and Tans and Auxilairies.

Posted in 2017 events, Dublin, Events in May 2017, Irish Volunteers, Past, World War One and tagged Auxiliaries, Collins Press, Paul O'Brien