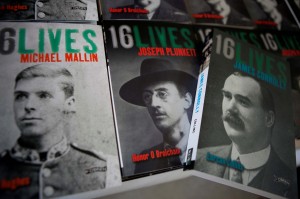 On Thursday 29 March 2012 the GPO on O’Connell St, Dublin, was the venue for the launch of a new series of biographies to be published by O’Brien Press. ’16 Lives’ will be the first complete series of biographies of the sixteen men executed after the Easter Rising of 1916. This series aims to be informative, authoritative, and accessible, and the books will be published annually in the years leading up to 2016.

The biographies are being written by a range of historians and, in some cases, by descendants of the sixteen executed leaders. The first three titles in the series – James Connolly by Lorcan Collins, Joseph Plunkett by Honor O Brolchain and Michael Mallin by Brian Hughes were launched in the GPO at a reception addressed by the three authors, Michael O’Brien of O’Brien Press, and Dr. Ruan O’Donnell of the University of Limerick, who is one of the co-editors of the series. 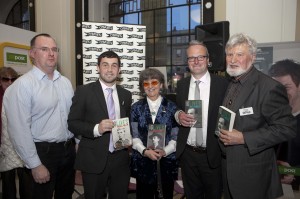 For more information on the 16 Lives series click here.