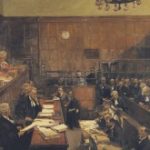 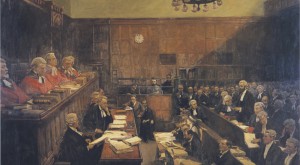 On Thursday 16 June at 6.30pm Dublin City Gallery The Hugh Lane presented a lecture entitled, ‘Researching Roger Casement; his portrayal and role in political and cultural controversies,’ by Jeffrey Dudgeon. In this lecture Dudgeon explained how he approached researching Casement for his 2012 publication Roger Casement: The Black Diaries and how he found a research path within the crowded field that is Casement’s life. He also considered whether Casement’s separatist politics exacerbated the national conflict, taking Ireland inexorably down the path to partition.

Jeffrey Dudgeon was the successful plaintiff at the European Court of Human Rights in Strasbourg whose 1981 judgment relating to the right to a private life led to the passing of the 1982 law decriminalising male homosexual behaviour in Northern Ireland. He was awarded an MBE in the 2012 New Year’s Honours List for services to the LGBT community in Northern Ireland. He is the author of Roger Casement: The Black Diaries and has continued to write and research areas of Casement’s life and controversies. His book Roger Casement’s German Diary is due to be published shortly.