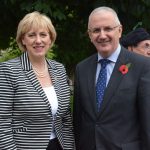 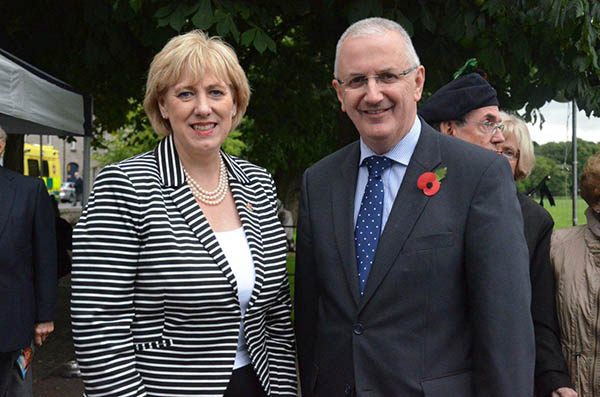 On Saturday 16 August 2014 Heather Humphreys TD, Minister for Arts, Heritage, and the Gaeltacht, attended a commemorative event in Armagh marking the centenary of the outbreak of the First World. Belgian and French representatives were also in attendance. The event was organised by the City of Armagh branch of the Royal British Legion, and was addressed by a number os speakers, including Mr Kevin Myers and Mr Danny Kennedy MLA, Minister for Regional Development in the Northern Ireland executive. A two-minute silence was followed by a wreath-laying.

Yew trees were planted in memory of those killed in the three Irish divisions created as part of the ‘New Army’ in 1914—15. Minister Humphreys planted the tree commemorating those killed in the 16th (Irish) Division during the First World War, and in her remarks observed that ‘I take this opportunity to reflect upon the many and complex reasons that those soldiers had for signing up, and that heroism comes in many forms – some men received awards for heroism on the battlefield, saving the lives of their comrades or showing exceptional courage in horrific conditions; but I think too about those men who were heroes because they signed up for the horrors of war to support their families, and of the heroic dignity shown by many men who returned from the front scarred physically and mentally, to communities that seemed not to understand for their suffering…Each person who died had parents, many had siblings, spouses and children who mourned them and lived ever after with a void in their lives, bringing suffering to virtually every town and village in Europe…Commemorative initiatives such as today are important in paying respect that is due to the memory those who suffered; but perhaps the best tribute to those men, women and children is the development of deep and lasting peace, on our island and throughout Europe. I am greatly encouraged for the future that the nations are coming together in remembrance of the horror that so divided them. Partnerships that rise above narrow traditions and transcend the divisions of the past will contribute to a better future for us all. I offer my thanks to all involved in the preparation of this event and congratulate them on their achievement’.

The trees commemorating those killed in the 10th (Irish) and 36th (Ulster) Divisions were planted by, respectively, Major-General David O’Morchoe, Republic of Ireland District President of the Royal British Legion, and the Earl of Caledon, lord lieutenant of Co. Armagh. They were then dedicated by Cardinal Sean Brady, Roman Catholic Archbishop of Armagh and former Primate of All Ireland, and the Very Rev. Gregory Dunstan, Church of Ireland Dean of Armagh. The ceremony was followed by a civic reception hosted by Armagh City and District Council at the Palace Demesne.

From Century Ireland: Why World War One went global. 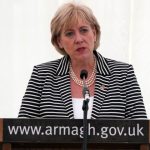 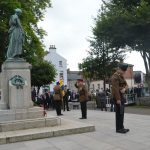 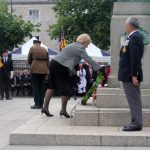 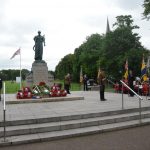 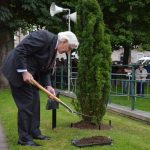 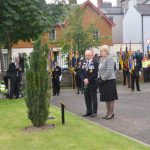 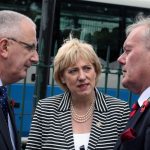 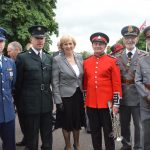 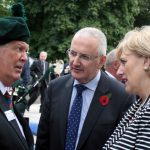