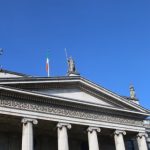 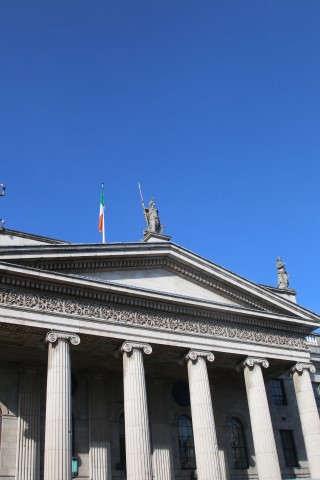 On Easter Sunday, 16 April 2017, a state ceremony took place outside the GPO, O’Connell St, Dublin 2, to mark the 101st anniversary of the Easter Rising of 1916. The ceremony was led by the President Michael D. Higgins, An Taoiseach, Enda Kenny TD, and the Minister of State with responsibility for defence, Paul Kehoe TD.

Defence Forces Personnel, including a brass band, a pipe band and representatives of the Army, the Aer Corps and the Navel Service participate in the ceremony, which concluded with an Air Corps fly past. At noon the National Flag was lowered and the 1916 Proclamation was read by an officer from the Defence Forces. The Presiden then laid a wreath to commemorate those who died in 1916, and a minute’s silence was observed.