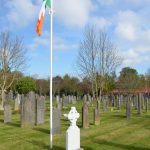 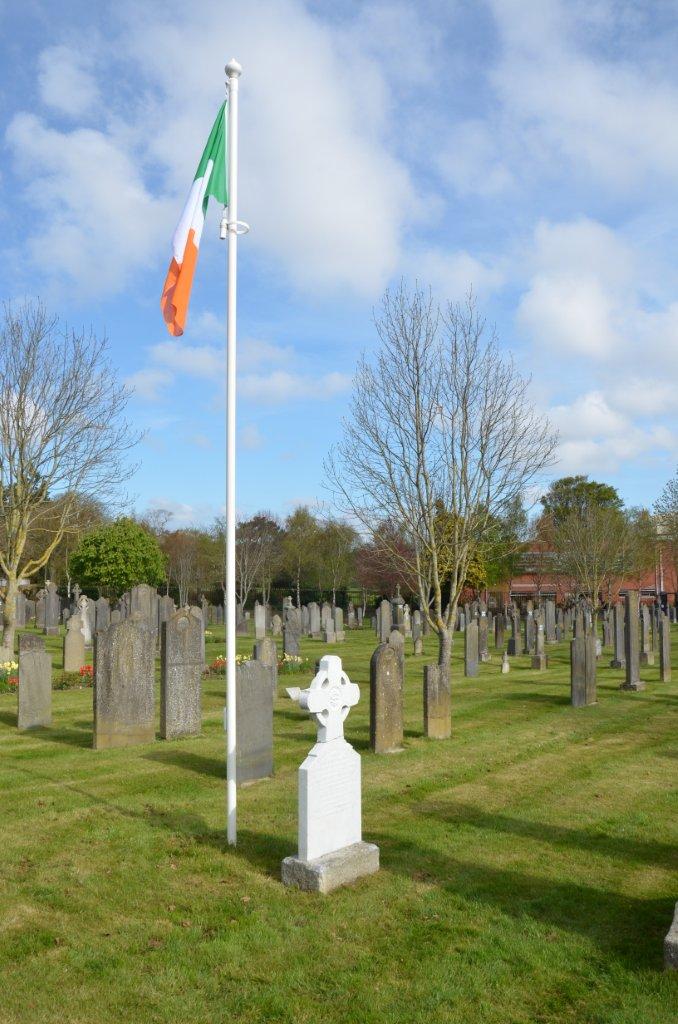 On Easter Sunday, 16 April 2017, Glasnevin Trust hosted its annual commemoration of the Easter Rising. The event will began at 9.30am with the raising of the tri-colour and the laying of wreaths at the Sigerson Memorial, a monument to the men and women who fell during Easter Week 1916. The event was attended by Heather Humphreys TD, Minister for  Arts, Heritage, Regional, Rural and Gaeltacht Affairs.

This was followed by the laying of wreaths and a pipers lament at the grave of Edward Hollywood, the weaver who made the first Irish tricolour. This new flag, inspired by the French tricolour, was brought to Ireland by an Irish delegation that had travelled to Paris to congratulate the new Second French Republican government in 1848.

The commemoration concluded with the laying of a wreath and a ceremony at the graveside of Peader Kearney, the republican who wrote the lyrics to The Soldiers’ Song, later adopted as the Irish national anthem (Amhrán na bhFiann). The ceremony concluded at 10.30am.