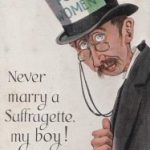 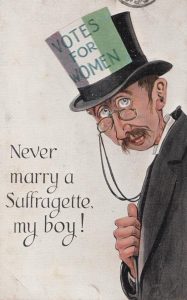 Between 16 and 30 November 2018 the Luan Gallery, Athlone, Co. Westmeath, to commemorate the centenary of the first granting of votes to women in 1918, hosted an exhibition entitled Art and the vote: The visual culture of the Irish women’s suffrage campaign.  Throughout the Irish campaign for votes for women, suffragists used many forms of visual culture to demonstrate their demands. They designed protest posters and pamphlets, and created cartoons and illustrations which challenged their critics and persuaded the public of their right to a vote. These pieces of political protest art significantly helped towards the first granting of the vote to women, and to their first participation in the general election vote in 1918. Luan Gallery invited artists to submit a response to this theme, and exhibited these chosen artworks in the Boardwalk Gallery from Friday 16 November  to Friday 30 November. The artworks displayed a clear inspiration from the broad theme of the women’s suffrage movement and the significance of the 1918 election in women’s history.