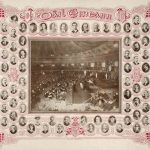 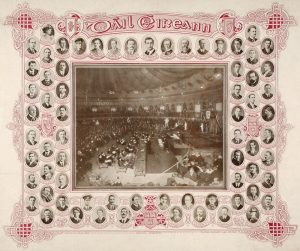 On Tuesday 15 January 2019 the Irish Historical Society presented a symposium entitled ‘1919: The first Dáil and the Democratic Programme’. The Democratic Programme adopted at the first meeting of Dáil Éireann on 21 January 1919 declared that the ‘Nation’s sovereignty extends … to all its material possessions, the Nation’s soil and all its resources, all the wealth and all the wealth-producing processes’, it reaffirmed ‘that all right to private property must be subordinated to the public right and welfare’. According to the motion passed by the assembly, the first duty of the government is ‘to make provision for the physical, mental and spiritual well-being of the children, to secure that no child shall suffer hunger or cold from lack of food, clothing, or shelter, but that all shall be provided with the means and facilities requisite for their proper education and training as Citizens of a Free and Gaelic Ireland.’

In assessing the significance of the First Dáil, this symposium considered the context which produced the Democratic Programme, examined its contents and discussed what role (if any) it played in the subsequent hundred years. The speakers were Francis Devine (Irish Labour History Society), Marie Coleman (QUB), and John Coakley (UCD). The presentations by the three speakers were followed by a discussion, which will be open to the floor.

The symposium took place from 6.30pm-8pm.