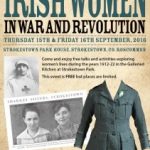 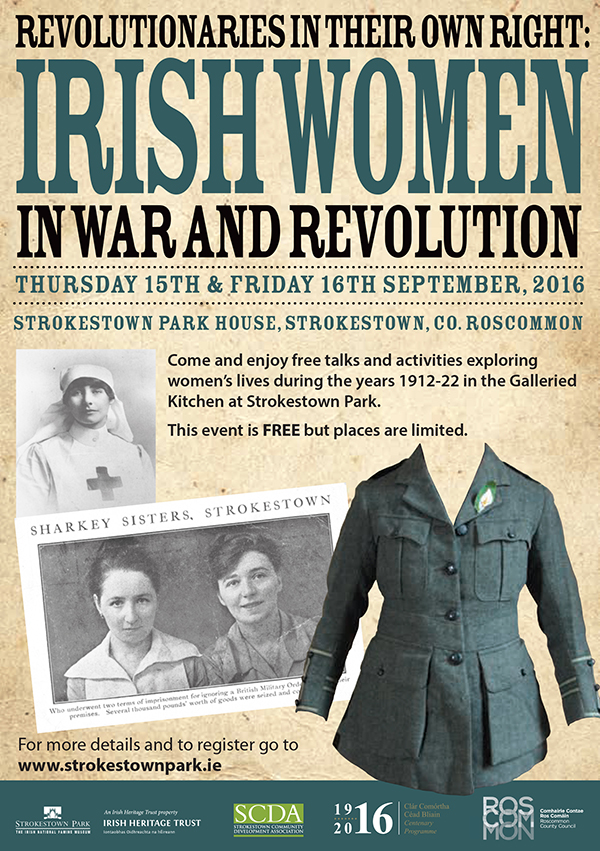 On Thursday 15 and Friday 16 September 2016 the Irish Heritage Trust, in partnership with Roscommon County Library, hosted a two day seminar entitled ‘Revolutionaries in their own right: Irish women in war and revolution’, held at Strokestown Park House, Co. Roscommon. The event  looked at the changing roles and lives of women during the decade 1912-22. Speakers  discussed how women empowered themselves in multiple ways – not only through radicalisation, political action and revolution, but by volunteering for medical service and orchestrating campaigns to raise aid for Irish soldiers and prisoners of war during the Great War. Speakers included Sinéad McCoole, Mary McAuliffe, and Micheline Sheehy-Skeffington. Explore the full programme.

From Century Ireland: Sinéad McCoole on the women of the rising.