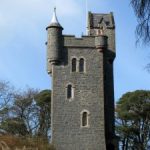 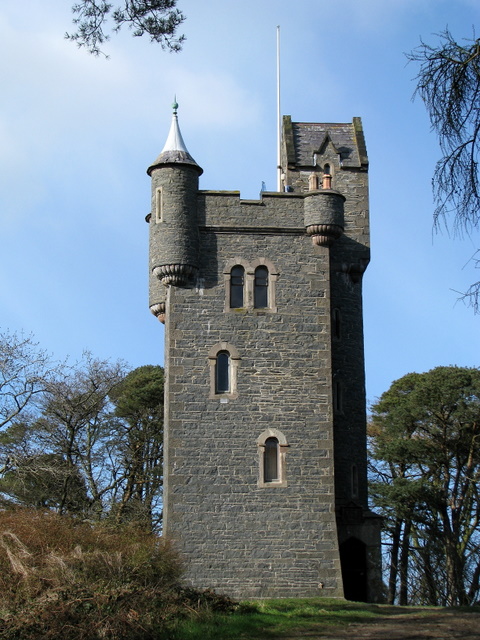 On Thursday 14 September 2017, as part of the Aspects Bangor Literary Festival, Trinity College Dublin and Queen’s University Belfast hosted a sequence of events at the Clandeboye Estate, Co Down, as part the Clandeyboye Reading Party, a North-South joint research collaboration which aims to promote deeper cultural awareness and understanding of sensitive issues around war, commemoration, identity, memory and history.

One of Ireland’s oldest Estates, Clandeboye in County Down is home to Lady Dufferin, Marchioness of Dufferin and Ava, who also features as part of the Clandeboye Reading Party programme where she delivered a talk on 14 September discussing ‘Clandeboye and the World Wars.’ During both wars, the Clandeboye grounds were used as a training camp for British and American soldiers, while ‘Helen’s Tower’ on the estate is the model for the Ulster Memorial Tower to the dead of the 36th (Ulster) Division in Flanders. Lady Dufferin’s talk, chaired by Professor Jane Ohlmeyer, Erasmus Smith’s Professor of Modern History at Trinity College Dublin and Director of the Trinity Long Room Hub Arts and Humanities Research Institute, was followed by a panel discussion involving literary experts and historians from Trinity College Dublin and Queen’s University Belfast. Members of the public were invited to attend the ‘History and Literary Harvest’ at the Clandeboye Estate to share their memories and memorabilia of the world wars with staff and students of both universities. There was also a World War I and II ‘Roadshow’ ,which will include a programme of film footage, exhibitions, talks, panel discussions and a poetry reading by Michael Longley.

Prof. Ohlmeyer, who is also Chair of the Irish Research Council, commented that ‘cross-island research collaborations and links between universities through initiatives such as the upcoming reading party at Clandeboye are ever more important in the light of developing negotiations around Brexit and discussions on the future of Higher Education between the two jurisdictions’, while Dr Olwen Purdue, Director of the Centre for Public History at Queen’s University Belfast, added that ‘this event offers a unique opportunity to bring together scholars from different disciplines and members of the public to engage with a sometimes difficult past, exploring together the personal experience of war and the meaning of commemoration. Clandeboye Estate, with its close connection to the First World War and its significance for the local community, is an ideal location in which to engage in this shared exploration of the past’.

Follow this link for the full programme for the Aspects Bangor Literary Festival.