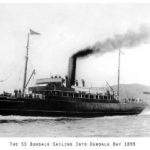 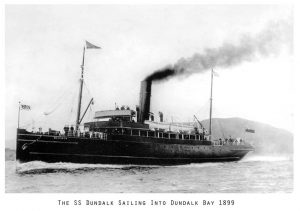 On Sunday 14 October 2018 a number of events were held in Dundalk, Co. Louth, to commemorate the sinking of the SS Dundalk on 14 October 1918. the Dundalk was built in Glasgow in 1899, and was used to service the route between Dundalk and Liverpool, carrying cargo and passengers. It was torpedoed by a German submarine after leaving Liverpool on the night of 14 October 1918, and sank with the loss of 20 lives. There were twelve survivors.

To mark the centenary, an ecumenical ceremony was held in St Patricks Cathedral, Dundalk, at  at 3pm; there was also be a gathering on Dundalk Quay at 11pm, to mark the sinking of the Dundalk at 11.10pm on 14 October 1918.

From County Museum Dundalk: Merchant seamen from Dundalk in the early twentieth century.