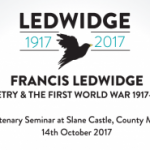 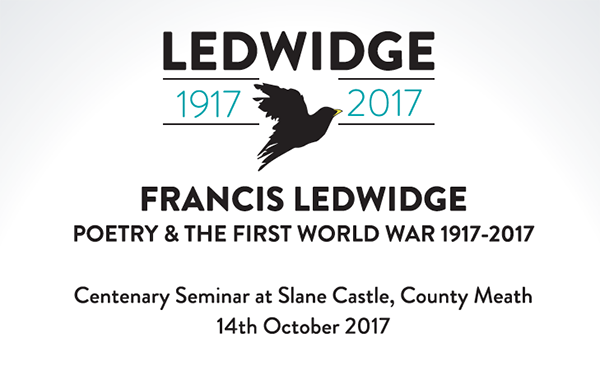 On Saturday 14 October Meath County Council and the Francis Ledwidge Museum Committee, in collaboration with Gerald Dawe (Trinity College Dublin), presented a one-day seminar to mark the centenary of the death of Francis Ledwidge (1887-1917) in Slane Castle, Co. Meath. A native of Slane, Ledwidge was the son of a farm labourer and, having left school at the age of 13, worked in a number of occupations. He was involved in labour politics and was a supporter of Home Rule; he was also a member of the Irish Volunteers. Ledwidge had a burgeoning career as a poet before the war (though two of his three volumes of poems were published posthumously); he enlisted in the 10th (Irish) Division after the outbreak of the First World War, and saw service at Gallipoli. He was killed at the third battle of Ypres on the Western Front on 31 July 1917.