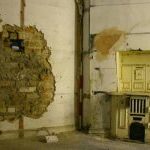 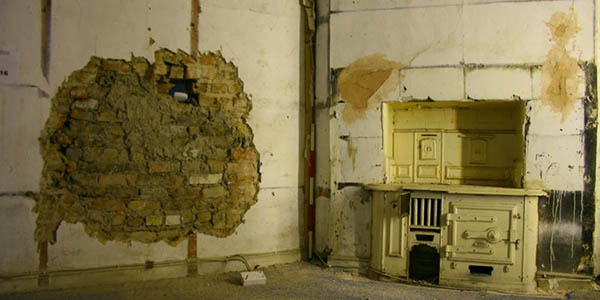 On Wednesday 14 December 2016 Dublin City Council and UCD School of Archaeology and Built Heritage presented a full morning seminar presenting the results of The archaeology of 1916 project which investigated the battlefields, streetscapes, archaeological legacy and subsequent aftermath of the Easter Rebellion in Dublin city, through archaeological surveys of 10 key sites.

The project took place earlier this year and was led by Archaeology and Built Heritage Ltd., a Smithfield-based consultancy. Using primary sources such as the witness statements collected from participants in the 1950s and the files of the Property Losses (Ireland) Committee, the project team examined ten of the lesser known sites of the Rising. The principal outcome of this work will be a GIS database which will be uploaded onto the heritage mapping maintained by Dublin City Council, where the project will see full publication in 2017. According to Dr. Ruth Johnson Dublin City Council City Archaeologist, ‘This is an exciting collaboration with partners UCD and contemporary archaeology experts Archaeology and Built Heritage Ltd. It combines innovative archaeological research and survey with 3rd level training, to generate information for use by DCC in planning and development’.

The project was based on previous work undertaken by Franc Myles on Moore Street, where the final 24 hours of the Rising in the GPO was examined, leading to the discovery of the ‘tunnels’ dug between the surviving houses and a reappraisal of the ‘retreat’ from the GPO before Pearse’s surrender. What was found elsewhere in the city was sometimes surprising; areas not known to have seen heavy fighting such as on Camden Street, displayed most of the physical evidence for bullet holes, where buildings thought to have been destroyed, such as the Linen Hall complex off North King Street, still retained substantial fabric. The location of Clarke’s Dairy, a crucial outpost on Church Street which has been misidentified in all the historical sources, was ‘rediscovered’ as a traditional archaeological site, underneath the widened carriageway.

The project is funded by Dublin City Council, UCD and The Heritage Council and is an initiative between the Planning and Property Development Department and the School of Archaeology UCD.

Explore The archaeology of 1916.