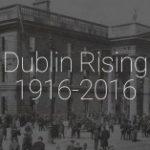 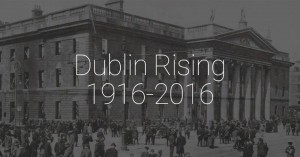 On Tuesday 12 January 2016 Google launched a new interactive Google Street View tour, entitled Dublin Rising 1916-2016 and narrated by actor Colin Farrell, in Dublin. This virtual tour lets visitors virtually explore the city streets, events and people who shaped history 100 years ago. It was launched by An Taoiseach Enda Kenny TD and Minister for Arts, Heritage and the Gaeltacht, Heather Humphreys TD launched. The exhibition has been developed by Google in partnership with Ireland 2016,  and in collaboration with the Library of Trinity College Dublin,  National Library of Ireland, Royal Irish Academy, the Abbey Theatre and Glasnevin Cemetery

Speaking at the launch, An Taoiseach said that ‘2016 is an important year that allows us to explore and understand the events not only of 1916, but the subsequent events that led to the establishment of our independent state.  In acknowledging our past, we are creating stronger foundations for a more vibrant and shared future.  I want to congratulate Google, Ireland 2016 and the cultural partners who have come together to create this unique online experience. They are enabling all the people of Ireland, the diaspora and others around the world to commemorate, learn about and explore the events of 1916 and the 100 years since then and to celebrate the country we are today’.