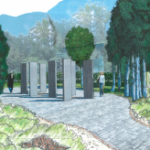 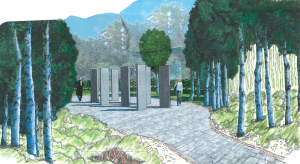 On Sunday 11 November 2018 two events took place in Sligo Town to mark the centenary of the armistice that ended the First World War.

At 11.11am, a silent procession left Quay Street to conclude at the war memorial at the top of Mail Coach Road. The event was non-political, non-religious and non-military. Participants were dressed in plain clothes of the era, with no military uniforms or medals. This event was orchestrated by Blue Raincoat Theatre Company.