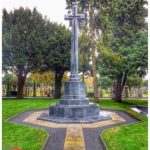 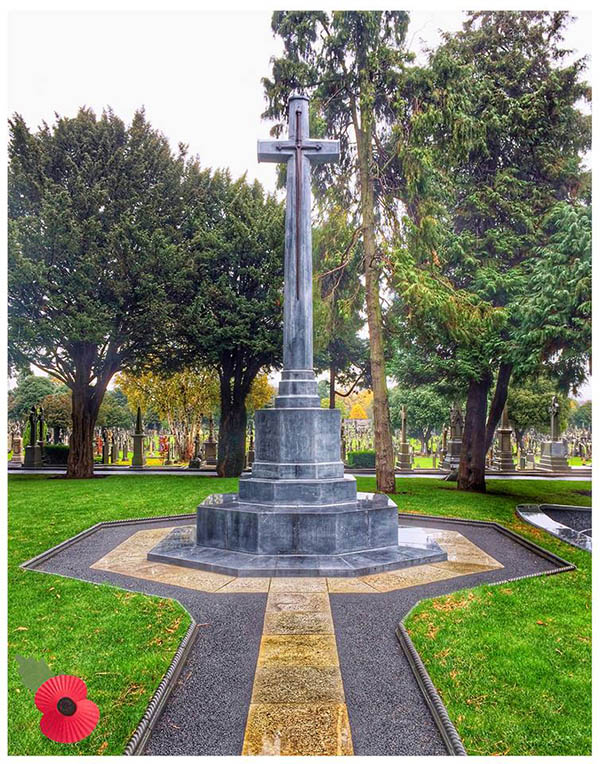 On 11 November 2015 Glasnevin Trust hosted a sequence of events to mark Remembrance Day, commemorating the armistice that ended the First World War. In 2008, Glasnevin Trust and the Commonwealth War Graves Commission set about a task of marking previously unmarked graves in Glasnevin Cemetery of World War I and World War II graves of soldiers, sailors, air men and women. This task is now complete and in addition, 104 headstones or Gallipoli markers have been placed on family graves wherein the remains the fallen lie. In addition, the Trust along with the Commonwealth War Graves Commission, relocated World War One and World War Two commemorative screen walls from the Prospect Gate area to a more prominent location adjacent to the new ceremonial plaza. Glasnevin Trust Chairman, John Green and members of Glasnevin Trust participated in a wreath laying ceremony to commemorate Armistice Day in Glasnevin Cemetery, which commenced at 10.00am with an Ecumenical Service at the Church of the Resurrection, Glasnevin Cemetery. Three Victoria Cross Commemorative Plaques were unveiled, and a wreath laying ceremony took place at the Commonwealth War Graves Commission Commemorative Screen Walls and Cross of Sacrifice.

The Irish government was represented by Heather Humphreys TD, Minister for Arts, Heritage and the Gaeltacht, and Aodhán Ó Riordán TD, Minister of State with responsibility for New Communities, Culture and Equality. Also in attendance was the British Ambassador, Mr. Dominick Chilcott, and Col. Ken Martin of the Royal British Legion (Republic of Ireland Branch).

The ceremony was followed by the opening of a dedicated exhibition to the 36th (Ulster) Division and the 6th Connaught Rangers. Speaking prior to the exhibition launch, Minister Humphreys noted that ‘the new exhibition at Glasnevin is the first time that memorabilia and stories from the 36thUlster Division and the Connaught Rangers are being brought together. The exhibition illustrates the different traditions and backgrounds of the young men who left the island of Ireland to fight on the front. It includes the account of John Stewart, from near the Shankill Road, a member of the 36thUlster Division, who died on the first day of the Battle of the Somme and Owen Conlon from West Belfast, originally a member of the 6th Connaught Rangers, who perished at Gallipoli. Despite their differences, they served together and they will be remembered together’.