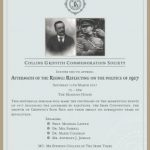 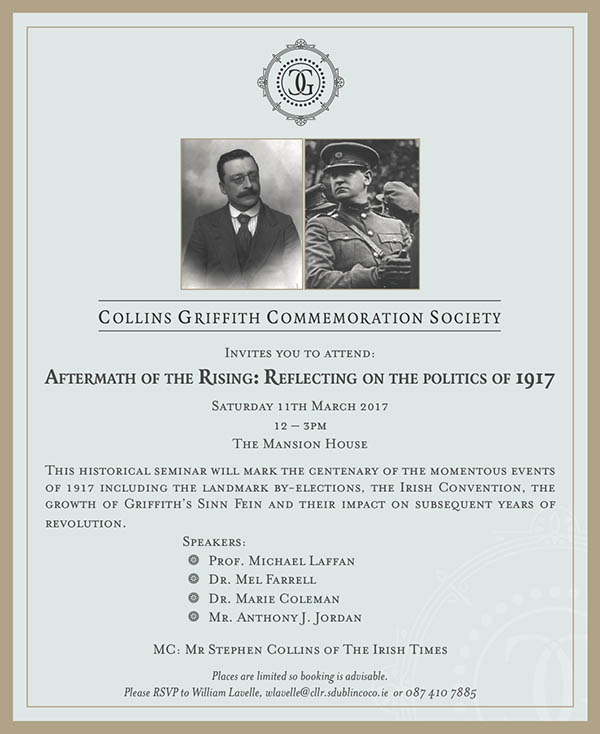 On Saturday 11 March 2017 the Collins Griffith Commemoration Society held a seminar in the Mansion House, Dublin 2, entitled ‘Aftermath of the Rising: Reflecting on the politics of 1917’. This explored key events that took place in 1917 – the rise of Sinn Féin and the Irish Convention – and the manner in which this fed into the remaining years of the Irish revolution.

The MC for the event wasStephen Collins (Irish Times), and speakers included Michael Laffan (UCD) and Marie Coleman (QUB). The event took place in the Mansion House from 12pm-3pm.

From Century Ireland: Michael Laffan on Sinn Féin after 1916.