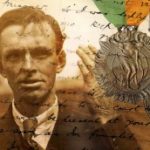 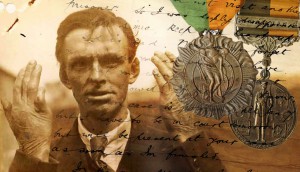 On Friday 11 December the Military Archives, Cathal Brugha Barracks, Dublin 2, released the latest batch of files from the Military Service (1916-1923) Pensions Collection to be released to the public. The Military Service Pensions project is a cornerstone project of the government’s commemorative programme. The collection contains almost 300,000 application files for pensions, allowances and medals as well as supporting documentation. The pension files were created following a decision of the Oireachtas in June 1923 to compensate wounded members of the IRA, National Army, Irish Volunteers, Irish Citizen Army, and other organisations, along with the dependents of deceased members of these organisations. Over time, this original remit was expanded by legislation to facilitate the granting of pensions to formerly active members of virtually all groups involved in the struggle for independence. A key element of the application process was the requirement that claims for pensions be verified, which means that the applications often contained extremely detailed accounts of activities undertaken in the various organisations that qualified for pension awards. The files are being released on a phased basis.

This third batch contains 2,839 files relating to 882 individuals, including Dan Breen, Erskine Childers, Stephen Fuller (the survivor of the Ballyseedy Massacre in 1923), and John Higgins (the father of President Michael D. Higgins).

Learn more about the December 2015 release from the Military Service (1916-1923) Pensions Collection and explore the archive.