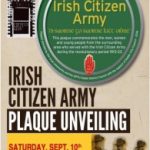 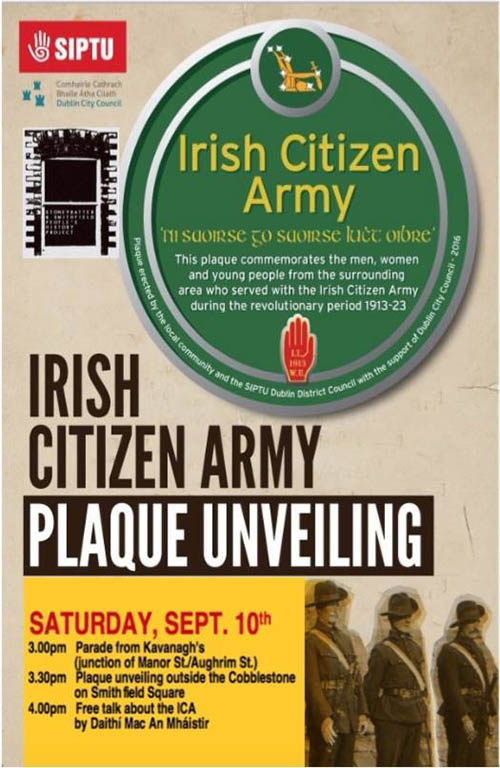 On Saturday 10 September 2016 a plaque honouring local members of the Irish Citizen Army was unveiled at The Cobblestone, Smithfield, Dublin 7. The Dublin District Council of SIPTU has unveiled a series of plaques to the ICA across the city. This local community event was co-hosted by SIPTU’s Dublin District Council and the Stoneybatter and Smithfield People’s History Project.

The event started at 3.00pm, meeting outside Kavanagh’s on Aughrim Street. A piper led the march to The Cobblestone where the plaque was unveiled by Esther Hyland, several members of whose family were involved in the ICA. Afterwards there was be a talk in the backroom of The Cobblestone by Daithí Mac An Mhaistir who recently completed a Masters thesis on the Irish Citizen Army.