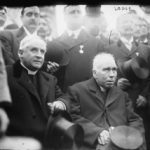 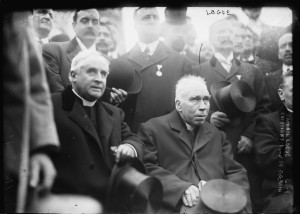 On Thursday 10 March 2016 Fingal County Council presented a lecture by Declan Brady entitled ‘The role of the church in the revolution, 1916-18’. This examined the role of the Catholic Church in the highly critical, formative, but uncertain period between the Easter Rising and the general election of 1918 positioned between the seminal violent events of Easter 1916 and the opening shots of the War of Independence. It will examine how the Catholic hierarchy responded to the events of 1916 playing an important leadership role through to the Sinn Fein landslide election result in 1918, in the process securing for itself a future influential role in the anticipated independent Ireland.

From Century Ireland: the Catholic Church and the Easter Rising.