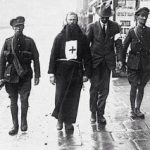 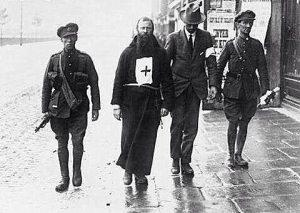 On Saturday 10 June 2017 University College Cork hosted a one-day conference entitled ‘Minister of Mercy: the Capuchins and the struggle for independence’. The Capuchin priests, most especially those based on Church St in Dublin, played a significant role in the struggle for independence after the Easter Rising of 1916, during which they had adminsitred to those executed. They continued this role towards both prisoners and their families in subsequent years, which gave some of them a unique perspective on the revolution and many of its key figures.

This event was held in association with the Capuchin Friary Rochestown.  Explore the full programme here.

Explore the Capuchin archives available via the Digital Repository of Ireland.