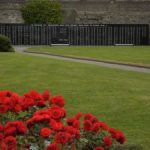 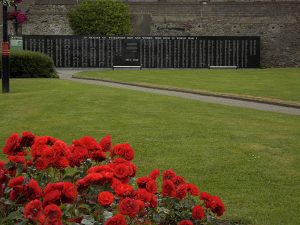 On Saturday 10 and Sunday 11 November a number of events took place in Waterford City to mark the centenary of the armistice that ended the First World War on 11 November 1918. At 10am on Saturday 10 November a commemorative mass was held in Ballybricken Church, Mayor’s Walk, Waterford.

Later that evening, at 8pm, a lecture by Donnchadh O’Ceallachain entitled ‘In Flanders fields the poppies blow, 1918-2018’ took place in the Garden Room, Waterford Museum of Treasures, The Mall, Waterford. This talk focused on experience of the Waterford men who joined up in response to the call to enlist made by Waterford MP and Irish Parliamentary Party leader John Redmond, and the Waterford families who suffered devastating losses as a result of the First World War.

Finally, on Sunday 11 November a  service of remembrance took place at 10am in Christ Church Cathedral, Waterford

Learn more about Waterford and the First World War.