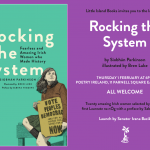 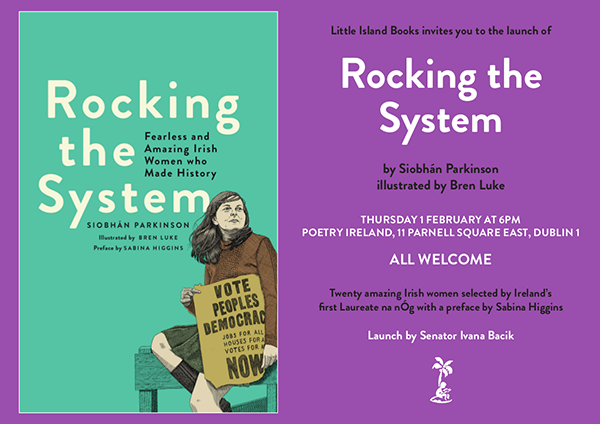 On Thursday 1 February 2018 the launch of Siobhan Parkinson’s Rocking the system took place at Poetry Ireland, 11 Parnell Square East, Dublin. Published by Little Island Books, Rocking the system includes twenty essays, illustrated by Bren Luke, on Irish women, historical and contemporary, who have defied cultural norms around femininity and gone on to significant achievements. The subjects include  Eileen Gray, Constance Markievicz and Sonia O’Sullivan, and cover stateswomen, artists, writers, and political and social activists of all kinds.

This book was published to celebrate the centenary of female suffrage in 1918. The book was by Senator Ivana Bacik, and was followed by an interview-conversation with the author on some of the subjects of the book.