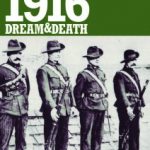 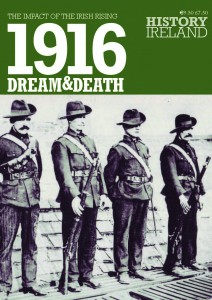 On 1 February History Ireland published the first in a series of stand-alone publications on the ‘Decade of Centenaries’, entitled 1916: Dream & death. This is intended to be an accessible illustrated account of the Easter 1916, containing articles on the Rising and the personalities involved, the wider impact of the Rising, combatant and non-combatant casualties, its aftermath, literacy legacy and historiography, amongst other topics. The contributors include Joost Augusteijn, Joseph Connell, Joe Duffy, Roy Foster, John Gibney, Bartle Faulkner, Lar Joye, Darren Kelly, Joe Lee, Mary McAuliffe, Lucy McDiarmid, Derek Molyneaux, Brian P. Murphy, Maurice Walsh and Padraig Yeates.

From History Ireland: Joost Augusteijn on Patrick Pearse and Joe Duffy on the children killed in the Rising.

Posted in 2016 events, Artistic and Cultural, Easter Rising, Events in February 2016, Ireland and the World, Past