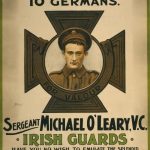 At 1pm on Sunday February 1 2015 a ceremony took place in Glasnevin Cemetery to unveil a memorial stone to Major Michael O’Leary VC of the Irish Guards. Originally from Inchigeela, Co. Cork, in February 1915, O’Leary was awarded the Victoria Cross after single-handedly charging two German barricades in France, killing eight men and taking two prisoners. He became internationally famous, with journalists even thronging to the O’Leary family farm in Cork. The story of his wartime exploits was put to very different uses, inspiring both a recruiting campaign and a satirical play by George Bernard Shaw. He retired from the British Army in 1921, but re-joined during World War Two. He died in London 1961. 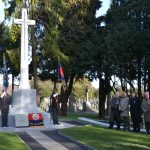 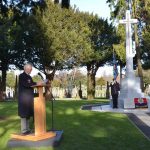 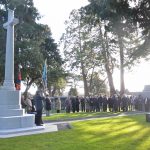 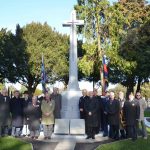