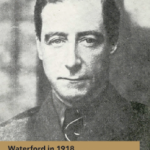 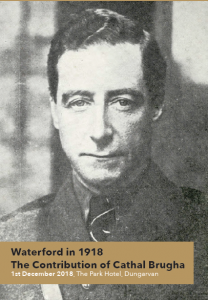 While Brugha is well known as a prominent figure at a national level during the Irish Revolution, his connections with  Waterford are not as widely appreciated. Brugha served as TD for Waterford County in the first Dáil, having won a landslide victory for Sinn Féin at the December 1918 general election, and subsequently presiding over the first meeting of the Dáil in January 1919. Speakers included Ceann Comhairle Seán Ó Fearghaíl, Mary McAuliffe (UCD), Pat McCarthy, and Will Murphy (DCU).

From the RIA Dictionary of Irish Biography: Cathal Brugha.