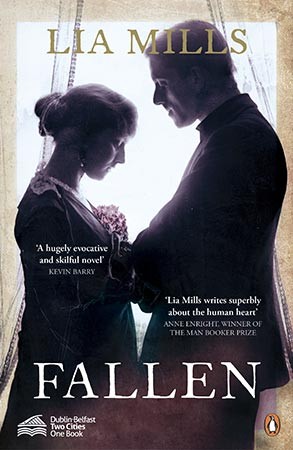 On 1 April the 2016 Dublin: one city one book initiative begins. Dublin: One City, One Book is an award-winning Dublin City Council initiative, led by Dublin City Public Libraries, which encourages everyone to read a book connected with the capital city during the month of April every year. the 2016 choice is Fallen, by Lia Mills, which is set against the backdrop of the First World War and Easter Rising. The 2016 One city one book initiative also incorporates a collaborative strand with Libraries NI, entitled Two cities one book, which will see some of the 70 public events take place in Belfast.

The full programme of events runs from 1-30 April. Explore the 2016 programme for Dublin: one city one book.