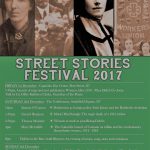 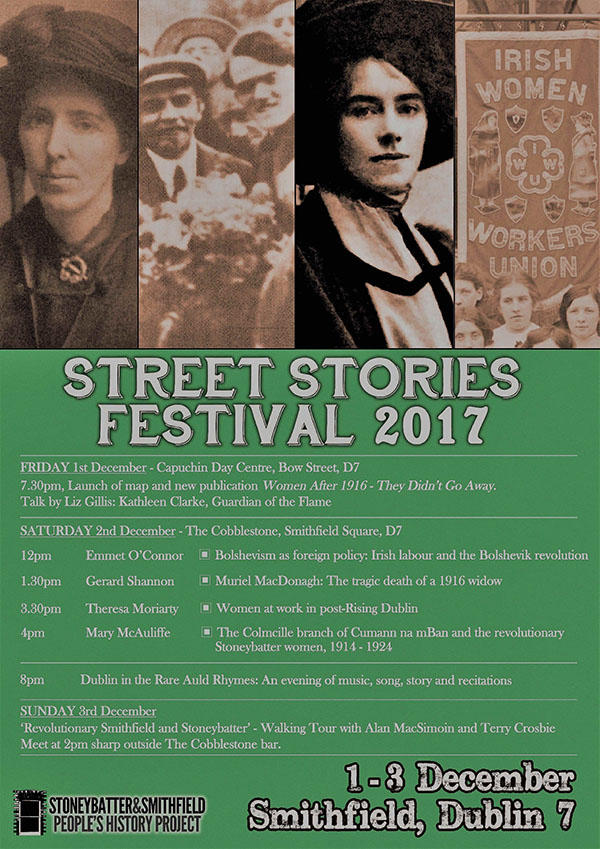 From Friday 1 December to Sunday 3 December the annual Stoneybatter and Smithfield People’s History Project ‘Street Stories’ festival took place in a range of venues in and around Stoneybatter, Dublin 7. The theme of this year’s festival is ‘Women after 1916: They didn’t go away’. It focused on the stories of women activists in the immediate aftermath of the 1916 Rising.

The weekend featured a series of talks, the launch of a 1916 map of the area and  annual magazine, a walking tour and a  music and storytelling night in The Cobblestone in aid of the Capuchin Day Centre for Homeless People, to be hosted by Fergus Whelan.  Speakers over the weekend included Liz Gillis, Mary McAuliffe, Emmet O’Connor, Teresa Moriarty and Gerard Shannon.  Details of the programme are listed on the poster above.