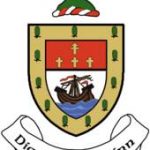 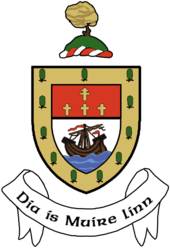 To mark the centenary of the outbreak of the First World War, Mayo County Council organised a series of events on 1—3 August 2014. Thes events began on Friday 1 August, with the launch by Dr Myles Dungan (RTÉ) of an exhibition of First World War memorabilia at Mayo County Library, Castlebar. This was followed by two public lectures; the first, by Dr Ciaran Wallace (TCD) was entitled ‘Women and children first: the home front during World War One’; the second, by Myles Dungan, was entitled  ‘Lions, donkeys and Paddies: the Irish experience of the Great War’.

That evening there was a performance of Brendan MacQuaile’s play March away my brothers, based on the wartime experience of a young man from Dublin’s Liberties, at the Linenhall Theatre in Castlebar.  On Saturday 2 August an open day was held at the Mayo Peace Park, which was also the venue for an ecumenical, multi-faith commemorative ceremony on Sunday 3 August 2014. The event was also addressed by Mr Kevin Myers.