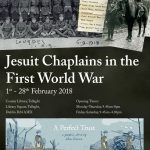 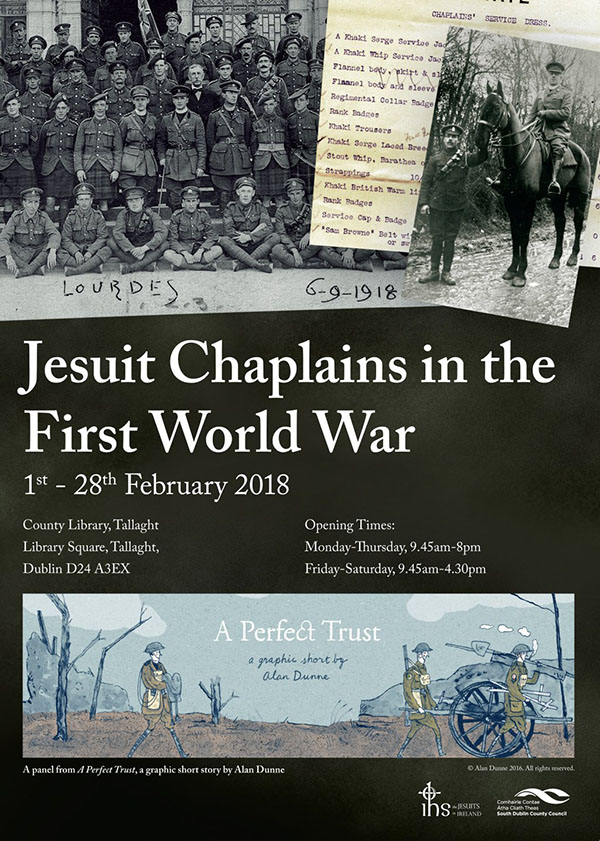 From Thursday 1 February to Thursday 28 February 2018 the County Library, Tallaght, D24 A3EX, hosted an exhibition by the Irish Jesuit Archives, entitled ‘Jesuits Chaplains and Rathfarnham Castle in the First World War’. This exhibition tells the story of the 32 Irish Jesuits who served in the Great War, either as volunteers or by being appointed to serve at the front. In common with other Catholic orders who served as military chaplains, they were exposed to the same risks and discomfort as the men (of all denominations) to whom they provided ministry. Catholic sacraments necessitated priests being at the side of dying soldiers, giving them a high profile at the front line and making them very popular among the troops.  In the circumstances of war, some chaplains underwent transformative experiences, while others who survived the conflict never recovered from the trauma they had experienced and witnessed.

The exhibition was curated by Damien Burke and incorporated the award-winning graphic short, A perfect trust, by Alan Dunne, along with photographs of the First World War by Fr Henry Gill SJ.